Robert Freeman (robertf@tgup.org) is Founder and Executive Director. Robert taught economics and history at Los Altos High School where he also coached the Speech and Debate team, including producing a national champion in 2006. He has traveled extensively in both the developed and developing world. He holds a B.S. in economics from Santa Clara University and an MBA from Stanford University. He is the author of the The Best One Hour History book series. He is an avid swimmer, gardener, and canner. Last year he swam 152 miles, canned 181 jars of tomato sauce, and made 113 jars of different kinds of jam.

Cathy Dwulet (cathyd@tgup.org) is Director of Global Operations. Cathy worked in Silicon Valley for various consulting, computer and research firms for over 15 years. Part of her work included living in France and managing multi-national and multi-language market research projects. Cathy has a B.A. in Economics from UCSB and an MBA from the University of Washington. Her favorite thing in the world is to spend time with her two grown children but she also loves to ski, hike, travel, cook and garden.

Brenda Birrell (brendab@tgup.org) is Program Director. Brenda is a graduate of Homerton College at the University of Cambridge, England, where she majored in Physics and Education. After earning her teaching credential from the University of Cambridge Institute of Education she taught Physics at Littleport Village College in Littleport, Cambridgeshire. In 1978 she moved to the United States and began a career in the fledgling computer industry, establishing a career as a corporate communications director. She joined TGUP after working for 15 years in the counseling department at Los Altos High School in Los Altos, California. She enjoys traveling, hiking, singing, baking and listening to classical music. Most of all she loves to spend time with family and friends. 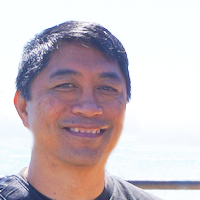 Leo Florendo (leof@tgup.org) is Director of Operations and Webmaster. Leo has been the TGUP Director of Operations and Webmaster since the beginning in 2006, redesigning the TGUP website several times to better fit the needs of people who believe in TGUP. He also produces TGUP media of all types - images, audio, and videos so that people can see, hear, and feel the important messages about how we CAN change the world in small steps.

Prior to TGUP and Freestyle Academy, Mr. Florendo taught Physics, Mathematics, and Pre-Engineering at Los Altos High School for 9 years where he also coached the nationally ranked Robotics team and was the Marching Band Drill Writer and Visual Instructor. He taught English in Japan for 2.5 years. He spent 4 years as a Peace Corps Volunteer in the South Pacific Kingdom of Tonga. He earned a Masters in Instructional Technology from San Jose State University. He is a Banana Slug alumnus of the University of California at Santa Cruz with BA degrees in Physics and Mathematics. He earned a Teaching Credential from CSU San Bernardino. He proudly marched in the French Horn line with the Santa Clara Vanguard Drum & Bugle Corps in 1984 (v2) and 1985 and again with the SCV Alumni Corps in 2002, 2004, 2007, 2017, 2019, and 2021.

He has three "children" all born in 2006 - The Global Uplift Project, Freestyle Academy, and a daughter.

Shandell Randall (shandellr@tgup.org) is Project Manager. Shandell graduated from Cabrillo College with an AA in Liberal Arts. She enjoys volunteering in her children’s classrooms and currently works as an Instructional Aid in an elementary school. Shandell has chaperoned TGUP summer service trips to South Africa in 2015 and 2016 and to Nepal in 2019. She is involved in the day-to-day operations of TGUP, organizes the TGUP trips and provides administrative support. She has three children and in her spare time likes to see friends, cook and travel.

Uplift  for a Better World